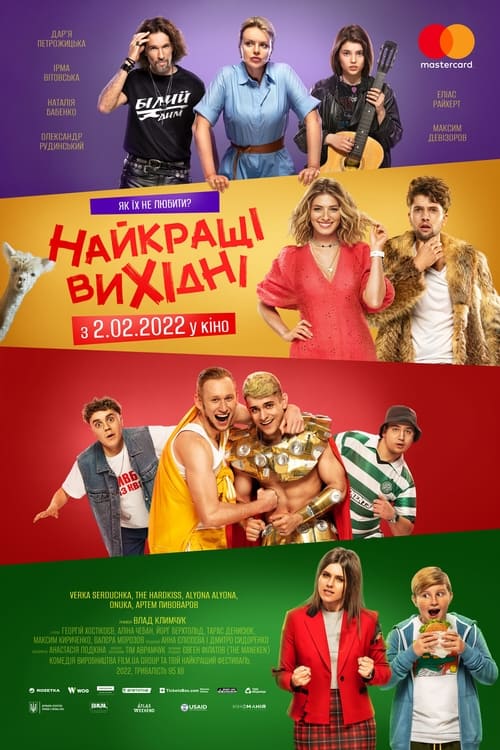 A guy from Germany becomes a volunteer at the festival to make a female organizer fall in love with him but instead loses an elderly headliner of Atlas Weekend. Guys from Kryvyi Rig organize a legendary stag party but quarrel like children and fight like adults. A young girl from Odessa looks for her rocker dad who she hasn’t seen and instead constructed an ideal image of for 10 years. A career-climber from Lviv arrives for the most important interview in her life but her younger brother disrupts absolutely all of her plans. This is going to be the craziest trip of our characters and their Best Weekend!